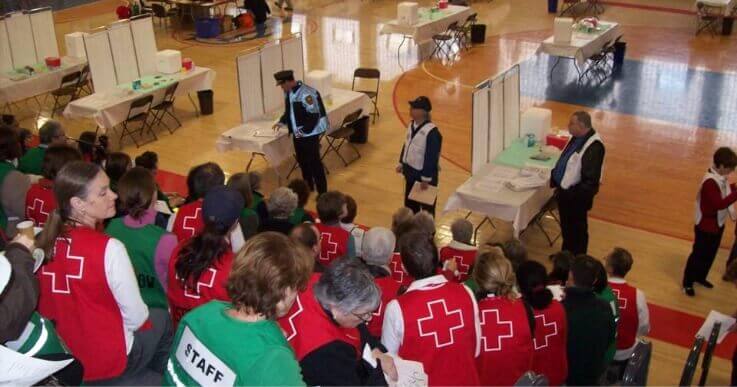 Taleb Abdelrahim (2021) – Taleb has lived in Waltham since 2013.  He recently earned a Master of Science in Emergency Management from the Massachusetts Maritime Academy.  Taleb is currently a member of Brookline CERT, Brookline MRC, and the American Red Cross.

Sharon Foldy, RN (2020) – Sharon became a resident of Brookline in 1981, and joined MRC in 2009.  As a pediatric RN she enjoyed many MRC activities and trainings; they have enhanced her professional and personal life in and around Brookline.  MRC is a great way to serve your community, learn, make friends and have fun!

Judith Frazier, RN, M.Ed (2020) – Judith is a retired nurse who has lived in Brookline since 1975, and is a longtime member of the MRC.  Through MRC she learned about emergency preparedness, met Brookline residents, and knows the community better.  She enjoys volunteering at the flu clinics, and thinks the trainings are awesome!

Huda Ghannam (2021) – Huda has lived in Brookline since 1980.  She is a Psychologist & Disaster Mental Health Behaviorist.   In addition to the MRC and CERT she has been a volunteer with the Red Cross for 17 years.

Barbara Hebert (2020) – Barbara has lived in Brookline since 1976; she has been a MRC volunteer since 2005 and CERT volunteer since 2003. She joined MRC and CERT to be more involved in the community. She enjoys working with other volunteers at flu clinics, and helping others after fires and ice storms. It i is fulfilling to be part of this helpful program that makes a positive difference in our town and beyond.

​Jack “Mr. Jack” Kavanagh (2022) – Mr. Jack moved to Brookline from Newton in 2008; he joined both MRC and CERT in 2009.  Mr. Jack also works with the American Red Cross as a Disaster Feeding Manager; he has been deployed more than 28 times, including after the Saipan typhoons.

Meei Li (2021) – Meei is a 29 year resident of Brookline, and has served 11 years in the MRC. Pope Francis says “full meaning of life is found in selfless service to others”. At MRC, I encounter people of diverse backgrounds who selflessly serve all kinds of people from different cultures. All are welcome to join MRC, to be part of the wonderful team.

Larry Rosenberg (2022) – Larry attended Brookline High, but currently lives in Newton.  In addition to volunteering with both Brookline MRC and CERT, Larry has been a Red Cross volunteer (disaster & blood services) since 2000.  Larry is a Red Cross Certified Instructor, and has trained many MRC & CERT groups on Sheltering and Mass Care.  Larry is semi-retired from a career in Medical Device Quality & Regulatory Affairs, and is a veteran responder to countless residential fires in the Greater Boston area.

Rob Rosengard (2021) – Rob has lived in South Brookline for 14 years with his wife and two dogs.  His daily job involves Healthcare Technology; the hosting of software applications on behalf of major insurance payers and providers.  He has many passions including helping members of his community, playing with hi-tech toys, and playing various strategy games.   He is part of CERT, MRC, and the EP Buddy program… enjoying opportunities to volunteer at the marathon, Brookline bicycles event, the flu clinics, Walking In Her Shoes, and other exciting local events.

Joel Shoner (2020) – Joel has been a Brookline resident for almost 50 years, and a member of MRC and CERT for 9 years.  “Volunteering is the ultimate exercise in democracy.  You vote in elections once or twice a year, but when you volunteer, you vote every day about the kind of community you want to live in.”  ~Author Unknown

Loriel Solodokin (2022) – Loriel hails from the Big Apple and has lived in Brookline since mid-2016. She is an oncology pharmacist and enjoys being involved in her community. Joining the Brookline MRC was one of the first community initiatives that she took on, upon moving to Brookline. Loriel joined the MRC Leadership Committee in 2019 and has enjoyed volunteering at a number of events. She looks forward to learning more about how she can positively impact and be involved with community outreach, public health, and emergency management opportunities in the Brookline and Greater Boston communities.